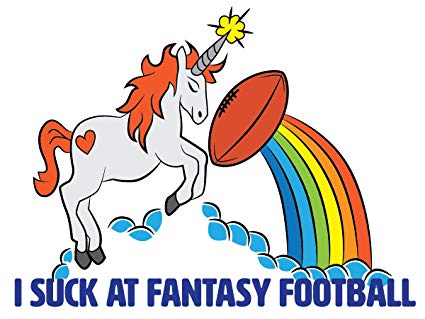 Eli Manning vs NO

Dak Prescott vs DET (should be on the bench or ww. There are better options). 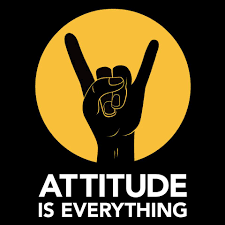 Attitude dictates the outcome of any situation.”

We have all read and heard about Colin Kaepernick, the former NFL quarterback of the San Francisco 49ers and his decision to kneel for the pledge of allegiance during football games. Kaepernick’s decision to kneel for the flag is to bring awareness to police brutality and social injustices towards black people. If you haven’t heard of Colin Kaepernick then you must be living in a box far away. Anyway, the latest Kaepernick news is,the Nike “Just Do It” commercial that’s sponsoring Kaepernick in their ad. There were people burning their Nike gear and boycotting the company because “how dare Nike sponsor such a person that’s so frickin disrespect to our American flag.”

Nike response to the people burning their already purchased Nike gear and planning to boycott their company was ho hum. In fact, Nike’s sales increased by 31% since the release of the Kaepernick ad.

My point is, that no matter what you are going through in life, your attitude dictates the outcome whether it’s positive or negative. In Nike’s case, there has been a little bit of a backlash, but not enough to hurt their sales agenda. I’m sure Nike strategically analyzed how a “polarizing person” could affect their sales before deciding to sponsor Kaepernick and the release of the ad. Nike was well aware of how many “patriot” people deem Kaepernick as a disrespectful, unappreciated rich thug that should leave America if he doesn’t want to stand for the red, white, and blue flag.  Little do these ignorant people know that Kaepernick being 50% melanated(so-called black), means that he’s already in his home country, America. The so-called Black Americans are the REAL first Americans. But that’s another history lesson for another day.  I digress.

People will come at you from many different angles on the daily. Life isn’t unfair, it’s the people in this world that makes life unfair, and at times, you are going to come in contact with bitter people. You will also have days where everything seems to go wrong. You want to lash out and curse the first person that even looks at you side ways, but let’s not go there. It will only add more fuel to the already burning fire inside of you. Instead of lashing out negatively, let’s find another alternative to put out the fire. A strategy that I recommend and often use is water. I know what you’re thinking, water? Yeah, it takes water to put out blazing fires, so why not use water to keep you from igniting? Whenever you feel like giving in to a bad attitude, change your attitude and take a minute to remove yourself from the situation, and drink some water to cool off. If you drink the purified or alkaline water, it gives your body what it needs to increase your serotonin levels that causes you to react in different situations. Serotonin is found in the stomach and intestines of the body. It regulates the mood swings that your body sends to your brain. Water decreases the stomach acid and helps the body keep a normal PH level. To keep the body functioning at its most optimum level, drink more water in stressful situation to stay calm and level headed.  Water increases the serotonin to make you happier and calmer.

I’m no doctor, but drinking water when I’m angry has helped me a lot when I want to choke the daylights out of people. I’m serious, but not serious.(hehe).  If your boss is getting on your last damn nerve then go drink some water. Your attitude is everything, so why not feed it with the proper natural nutrition to help you succeed in your everyday encounters?

How you interact or react to a situation is the result(s) that you will 9 times out of 10 receive in return, and your attitude will determine the outcome.

If you play fantasy football then you would like to know that the players that are in your starting line-up each week are the best choice. Many of you will turn to the NFL Network and listen to Fantasy Live with Michael Fabiano to see who he predict is a good player to star or sit for the week. The problem is, he takes the obvious starts and sits each week, but don’t go beyond it. The experts are afraid to take the difficult starts and sits.

If you suck at football then I’m your girl. I win fantasy football EVERY year. I’ve been playing since 2011. I’m currently playing in five leagues this season.

Anyway, what about the difficult starts and sits? I’m here to help you with the players that the experts don’t want to touch. Keep in mind that this is my best analysis and won’t be an ironclad definitive answer. Please don’t come at me each week to lament on how you lost your fantasy match by listening to me or reading my blog. You are responsible for setting YOUR lineup and each decision that you make is on you.

I will only cover the skill positions and defense Each Week.

Goff is playing at home and playing against the Cardinals defense that was run all over by the Washington Redskins in WEEK 1. Start Goff with confidence. I predict 25+ fantasy points.

The Broncos defense kicks it up a notch at Mile High Stadium. The Raiders will start the season at 0-2 after Sunday. Which they should. Who trades the best defensive player of the decade? Don’t answer that. I have raiders fan reading this blog. I expect Keenum to use his undrafted RB, Philip Lindsay, and rookie, Royce Freeman; they both will have 10+fantasy points. Keenum throws for 300+yards and 3 TDs.

Watson had a horrific WEEK 1, but I expect him to bounce back in WEEK 3. He didn’t have many reps during pre-season and coming off his ACL tear last season, fantasy owners are going to reap the benefits of his arm and running abilities by WEEK 3. Watson is a good start this week because he has owned the Titans. QB, Marcus Mariota is ailing and so is his star, WR, Corey Davis. I expect Tennesse ‘s defense to be on the field a lot due to the inability to sustain drives by the Titans. Watson will have a good week. I’m predicting over 25 fantasy points.

His mama named him Tyrod pronounced Tu-rod. We won’t see the same numbers that Ryan Fitzpatrick put up against the Saints last week, but Tyrod will eat and he will eat good. Cleveland will upset the New Orleans Saints, and the Saints will go down 0-2. Many picked the Saints to win the Superbowl, but not this season, son. They won’t even make the playoffs. Start Tyrod with confidence or go pick him up off the waiver wire.

The Baltimore Ravens entire offense/defense had a field day against Nate Peterman and the Buffalo Bills. It was embarrassing to see on the field. I expect the same results from Melvin Gordon and Austin Ekeler(Flex). Start them with confidence this week!

Carlos Hyde vs NO

Hyde looked great in the preseason and he looked good in game 1 against the Steelers. Carlos will get 12-15 fantasy points this week. He’s good as an RB2 or Flex position.

Miller almost had 100 yards last week, only 2 yards shy of the mark. The entire offense of the Texans was lethargic. The Patriots are the best team in the league when it comes to adjustments. Bill Belchick planned well for his former student coach, Bill O-Brien last week. I expect the Texans to win big in Tennessee. Miller will get 100 yards and a score. Book it!

Breida is going against a defense that was the laughing stock on Monday night. The Jets were either that good or Detriot’s defense was that bad. The 49ers are looking to redeem themselves and will bounce back against the Lions. Give Breida more touches and receptions and you will see what he can do. I expect 85 yards rushing, 25 receiving, and 1 TD.

Any of the Detriot Lions RBs vs San Fran

Believe the hype that’s surrounding Quincy. The guy can run short and long routes with great speed. He has great hands and is very physical. If you got him off the waiver wire, I wouldn’t be surprised to see your team in the playoffs.

Marquise Goodwin is out with a thigh bruise, which makes Pierre Garcon and TE, George Kittle to receive his targets. Garcon will have 100+ yards and a score.

There are too many weapons on the Vikings offense to cover, and the guy that can run all routes on the route tree will eat well at Lambeau Field.

Denver is known for their hard nose defense, but they have not been able to cover TEs. Cook had a monster game last week against one of the top-rated defenses(Rams). You will hear Jared Cooks’ name announced a lot in this game.

I know what you are thinking, but this is Minnesota. George Kittle had 90 yards against Minnesota and should have been a possible score, too. Rodgers is expected to play and this is a rivalry.  Fire Jimmy up with confidence and look for him in the endzone.

Dallas could never cover the TE position. I hate to talk about my team like this, but it’s the truth. Start Evan Engram with confidence. Stats: 85 yards, 2 TDs.

Eric Ebron vs WAS

I know Jack Doyle is the preferred TE in the Colts offense, but Ebron is the most talented. Ebron will eat again this week because he’s a hungry dog. Give the man the ball and watch him work.

No Delanie Walker for the season and Houston gave up 2 scores to TE, Gronk last week. Smith won’t be as productive as Gronk but he will eat at the table.

Jack Doyle vs WAS

Defense Starts and Sits for Week 2

Good luck to all fantasy players! Catch me each week with the difficult starts and sits.